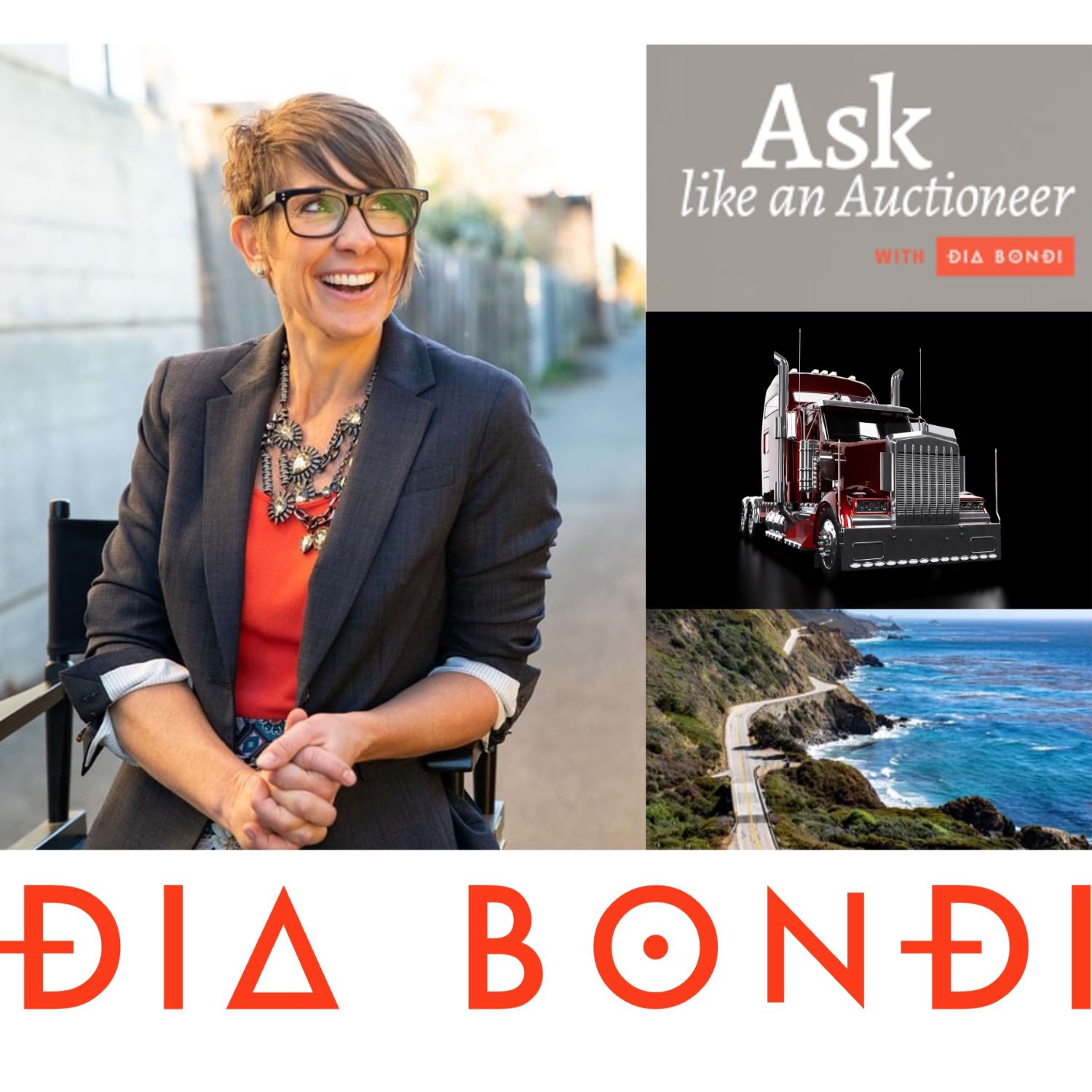 Dia Bondi helps high-reaching professionals speak powerfully to advance their goals. She has worked with CEOs, innovators, and ambitious professionals and led workshops at corporations, including Quartz, Salesforce, Google's X.team, and Dropbox. She also helped Rio secure the 2016 Summer Olympics and has spoken at influential global events. After attending auctioneering school for fun, she translated the techniques she learned into a program that prepares women to ask for more and leave nothing on the table, called Ask Like an Auctioneer. That project produced a mission- to put more money- and decision-making power in the hands of women so we can change everything for all of us.

A curated pioneering spirit and not one to take sh*t from anyone, Dia is a northern California girl through and through. She loves the outdoors and open roads and has a keen sense of adventure, which is likely why, in her formative years, she yearned for a career as a long-haul trucker so that every day would be an adventure

Dia has carved out adventure in all that she does. Marrying her high school sweetheart, raising two amazing kids, and carving the professional path that best fits her passions and personality – she does everything with purpose and intent. Dia dreamed of working with people a certain way but didn't know how to do that. So leveraging her extroverted nature and talent for connecting with people, she turned her fitness career into a thriving coaching and leadership empowerment practice.

She gives due credit for what she's accomplished to her network of friends and mentors and their willingness to help and be frank with her. A big lesson – putting what you want to achieve into the universe, not taking no or setbacks as roadblocks, but rather opportunities. She let herself want her dreams, regardless of how grand or out-there they seemed, rather than rationalize herself out of them as many do. This is what she helps others do now, teaching others how to let their inner self drive and to ask for what they want until they get it.

With a book, Ask like an Auctioneer, on its way in 2023, Dia shares her 15 years of knowledge and insights from teaching workshops and speaking. Her best piece of advice, get serious about naming and claiming what is important to you and then go after it. She says, "it's easy to get pushed into taking on and taking responsibilities for things that are not important to us, and we need to focus on what is important for us.". By doing this, Dia has seen how it makes it easier to take on those things that aren't what we want and cultivate what IS important to us.