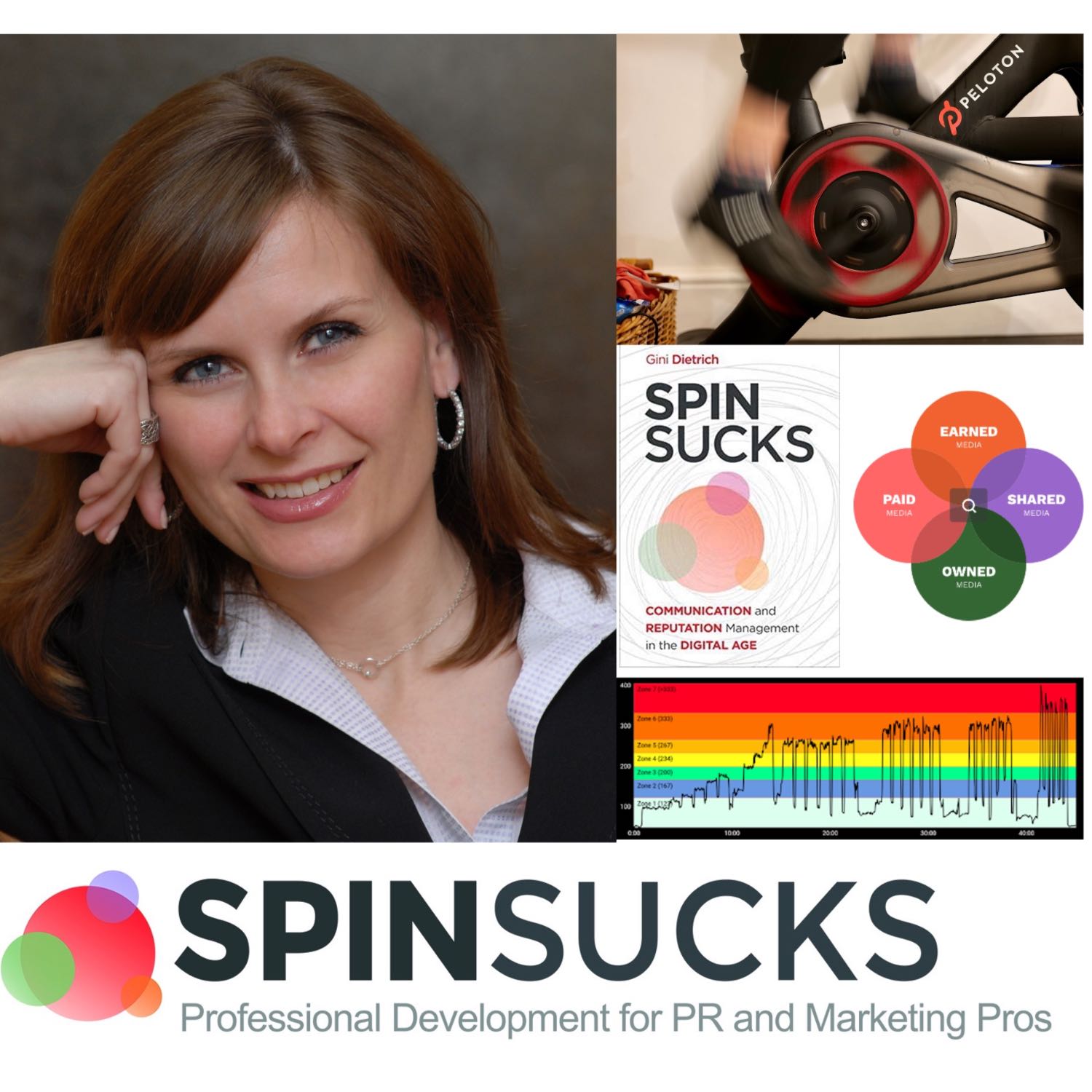 Gini Dietrich is the queen of spin … from founding a thriving PR agency, writing and hosting her Spin Sucks book and podcast, or when she is on her Peloton, which she's on … a lot, she knows what she wants and goes for it. Her marketing and PR street cred are well earned as the creator of the PESO (Paid, Earned, Shared, Owned) marketing segmenting model and certification program, which millions of global marketers leverage to meet their company goals.

Early on, she set her sights on climbing the corporate ladder in a big law firm. But her first taste of marketing changed all that. And change is something she has learned to roll with. Whether that comes from being the eldest of six or moving out on her own when she was still young, her confidence and can-do attitude serve her well. She's leaned into that positivity and grit throughout her career. From being a little too ahead of her time with an online PR education program to all of a sudden being a best-selling author and needing a copywrite lawyer (oh, the irony), going on a book tour, and developing an accompanying certification course with at top tier university – Gini digs in deep and gets it done.

Successful and still extremely busy, she is more selective in where she puts her energy and isn't making as many "in-the-moment" decisions. She's learned along her journey that there are choices to be made. And as time goes on, what were once tough decisions, are now easier. Decisions like politely declining a speaking gig or client opportunity to be home more don't cause the agita they once did, or stepping back from running and building her agency, which she did for 15 years, to focus on the work and being a kick-ass communicator. She still makes compromises, as we all do, but they are on her terms and no longer compromise her family, health, or self.

A passionate communicator, another thing she won't compromise is her ethics. Not even if it means saying no to a lifelong dream of being on the Food Network. She's realized that after spending a lot of time thinking about having it all – you can't. You just can't unless you're willing to compromise on what makes you happy. And that is just something Gini is just not willing to do.

Her best advice - be what you want. Be happy; the rest will come – really, it will.